A Great Outlook for Cape Coral Housing Market in 2017

The year 2016 was mostly positive for the Cape Coral housing market, and the year 2017 is expected to be even better. Cape Coral started off the New Year on a very auspicious note by being named along with Fort Myers as being number two on Trulia’s list of the hottest real estate markets for 2017.

Trulia is a leading real estate information website similar to Zillow. The website’s deciding factors in naming Cape Coral as a highly desirable place to live include: employment opportunities, sunny weather, affordable housing, and entertainment options. Trulia particularly likes the fact that nearby Fort Myers is the spring training home of the Boston Red Sox and the Minnesota Twins.

Ongoing Growth in Cape Coral and Across Florida

Other data supports Trulia’s designation of Cape Coral as one of the best communities for American families to live in: just a few years ago, Cape Coral was considered a sleepy Florida town nestled between the Everglades and the Gulf of Mexico. This perception has been changing since real estate sales started picking up in 2012.

According to a news report broadcast by local television news station WINK in January, real estate transactions in Cape Coral have increased by 12 percent on an annual basis. The local real estate inventory started getting lower around 2014, but home builders have been diligent in developing new projects to meet demand.

Cape Coral is not the only Florida housing market on Trulia’s list. Jacksonville tops the list, and just about every other region of the Sunshine State was mentioned save for South Florida and the Panhandle.

The Right Time to Get a Mortgage in Cape Coral

Being named one of the best American housing markets of the moment is, of course, a positive development for Cape Coral; however, potential home buyers and mortgage borrowers should approach this development strategically.

The last time Cape Coral received this much attention as a top housing market was around 2005, and everyone remembers what happened three years later. History does not have to repeat itself; in fact, there are safeguards now in place to prevent a meltdown due to speculation and property flipping. Nonetheless, prospective home buyers should keep in mind that active markets such as Cape Coral tend to heat up very quickly.

In late 2016, the Federal Reserve Chairwoman Janet Yellen warned about interest rate increases in 2017, particularly when volatility in the financial markets rises as a result of economic activity and speculation. House hunters should keep this in mind as they shop for properties in Cape Coral.

As of January 9, rates slightly declined to 3.99 APR for the average 30-year fixed mortgage. Most economists believe that this will be one of the last periods of low mortgage rates for 2017; once the Trump administration takes over the White House and formally introduces an economic stimulus plan, rates are bound to increase along with home values. The best course of action in Cape Coral at this time would be to close on a property, sign a new purchase loan or refinance before rates start to rise. Contact us for the best source for mortgages in Cape Coral and the entire Southwest Florida area! 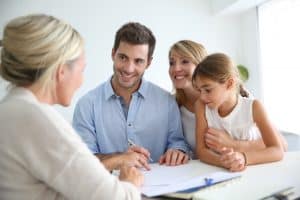 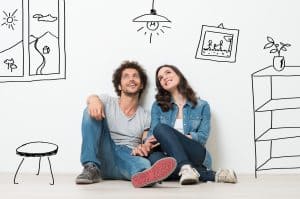 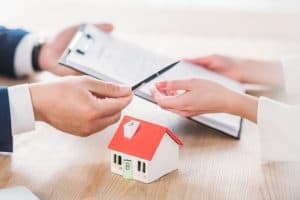